The Milan projects: Just beginning or nearing its conclusion?

Maldini, Pirlo, Dida, Zanetti, Cambiasso, and Ronaldo. With the exception of world, European, and league titles to their names, what do these former Milan players have in common?

They all played in the past and served when AC Milan and Inter Milan were a force to be reckoned with. Since their departures along with the likes of Seedorf, Gattuso, Zambrotta, Eto’o, Maicon, and Julio Cesar, the teams located in one of Italy’s biggest cities have struggled to regain their past successes and form.

The last time Internazionale claimed the Scudetto was the 2009/10 season and AC the year after. Since then, the past few years have been an attempt to re-establish themselves as potential competitors to Juventus, Roma, and Napoli. With both teams making recent splashes in this summer’s transfer market, is this the year, both teams from Milan break back into Italy’s top 3?

It’s no surprise, AC have been busy this summer. With a new era beginning under Li Yonghong, the team has wasted no time filling gaps in their squad. As it stands now, Milan have made ten signings within the past couple of months and are looking forward to a strong campaign this season. The thing that stands out for AC is all these players have an established role in the club and each is as important as the next. Players like Bonucci, Biglia, and Rodriguez bring experience, composure, and leadership, while Silva, Kessie, Conti, and Calhanoglu were purchased to build the team when those older players leave. The question remains, can this team of new signings find chemistry amongst one another and make a run against Juventus?

Even though Juventus has managed to secure the Scudetto six years in a row, AC Milan are a worthy candidate of de-throning them. Perhaps one of the biggest moments for Milan last season was beating Juventus with a goal coming from the unlikeliest of places in the form of Italian teenager Manuel Locatelli. Milan would take a second bite out of the Bianconeri, beating them towards the end of December in the Italian Super Cup Final to raise the trophy. A season that resulted in 18 wins, 9 draws, 11 losses, and a Europa playoff place, included highs and lows. After beating Juventus at home, Milan would travel to Genoa where they would lose 3-0.

Stability is the key for AC, something that they have been seeking since their 2010/11 Scudetto year. Now that they have the investment to compete for prime players in the transfer markets and Montella leading the squad with an abundance of quality players at his disposal, Milan fans can look forward to a strong year. They may not win the Scudetto right away, but they will challenge the likes of Roma, Inter, Juventus, and Lazio, something that brings them one step closer to their former self.

On the other side of the coin, Inter have tasted European football a bit more than AC since both teams lost their way. Inter took part in the Europa League last season, but was unable to escape the group stage, finishing last in their group. A team that once boasted and impenetrable defense, solid midfield, and pacey strikers, now have trouble competing with Europe’s registered second best.

With the new appointment of Luciano Spalletti, the team has something to look forward to in terms of identity and shape. Spalletti’s short-lived second stint with Roma last season ended in a Champions League spot and the Nerazzurri and its fans will be hoping for the same. With a favored 4-2-3-1 formation looking to head Inter’s starting eleven in a couple of weeks, it sits well with their current squad. With the arrival of Borja Valero, the midfield will be compact, experienced, and open for competition as Kondogbia, Joao Mario, and Gagliardini all occupy that space. Up front, the target man is Icardi with twenty-four league goals last season, but any substitute falls short. Eder was able to net eight goals in thirty-three appearances last season and Candreva and Perisic can provide constant delivery into the box, but Inter need another striker to bag goals.

Inter hasn’t been rebuilding the past couple years as they’ve housed players like Ever Banega, Ranocchia, Jovetic, and Felipe Melo, they aren’t consistent just as their counterparts AC. They lack confidence in themselves, their teammates, and coach. With the arrival of Bonucci at Milan to captain the side, who will take the armband this season with Inter and lead them through tough away losses, suspended players, and/or injuries?

AC Milan and Inter Milan. Two teams, two rivals that seem so different, yet so similar in many ways. They share the same stadium, once shared the same name, and have even shared players over the years. What amazes me is their proximity to each other and how close they actually come to one another in comparison. Since the 2001/02 season, both teams have finished next to each other in the league table five times, what says they can’t do it again this season, occupying either Champions or Europa League places? 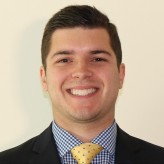