The festive period has always been a busy one for English football, and this year is no different. The upcoming week will see the Premier League play on Boxing Day, then again over the weekend, and then once again on New Year’s Day – three rounds of fixtures condensed into one action-packed week. This is, of course, a long-standing tradition – Christmas and the New Year just do not feel the same without football. Of course, jam-packed weeks like this one bring the opportunity to ‘earn’ some extra Christmas cheer, if you will. Fans can stay up-to-date with the latest market action and prices using this application of bet365.

As we come towards the halfway mark in this season, one of the biggest stories has been the travails of Tottenham Hotspur. The London club started the season off on a reasonably strong note, but things quickly unravelled, with a 7-2 humbling at the hands of Bayern Munich and then a 3-0 loss to Brighton in the space of a week in October proving to be the low point of the season. Mauricio Pochettino was seen to be struggling to motivate the side, and although it came as a shock when the club announced his departure in November, there were a significant number of people in the football fraternity who thought that it came six months later than it should have; the Champions League final represented the peak of his tenure and he should have left in the summer. In any case, Daniel Levy acted fast, appointing Jose Mourinho the next day, and the Portuguese has managed to steady the ship to some extent, getting Spurs through to the knockout stages of the Champions League and getting them back to winning ways in the Premier League. He has already lost league games against both his former clubs in Chelsea and Manchester United, though, and Spurs, in 7th place at the moment, face an uphill task to make it into the top four. Sunday’s derby loss to Chelsea put them six points behind their London rivals, and Mourinho needs to oversee a sustained run of form to overcome this gap.

Spurs fans can take advantage of some attractive bets during this festive period. Spurs host Brighton in their next league game, for which they are priced as clear favourites at 1.53; their subsequent away trip to Norwich has them at the exact same price as well. The bookies seem to be valuing Mourinho’s experience, as they have Spurs at 2.50 to finish in the top four at the end of the season. In Europe, they play RB Leipzig, the Bundesliga leaders, in the round of 16 – Spurs are at home in the first leg and are thus priced at 2.05 to win, while they are at 1.80 to win the tie and qualify for the quarter-finals. While the London club are outsiders to win the tournament at 21.00, one can take a flurry on them to reach the semi-finals at 3.75. Thus, there is some value to be found from Spurs over the festive season. 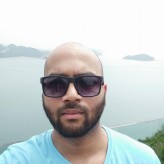