Mexico vs. U.S.: The USMNT prepare for a crucial World Cup qualifying game at the Azteca

Mexico plays host to the United States on Sunday, June 11 at 8:30 PM EST, with the game set to be broadcasted on FS1, Univision, and UDN. The match will be played at the historic Estadio Azteca, which has for many years served as a stronghold for the Mexican National Team.

The United States will have to overcome a multitude of obstacles to get a result in Mexico, and Azteca may be one of the hardest places to play, seeing that El Tri has only lost two games in their last 49 games there (40-2-7). 100,000 ruthless fans, high altitude, and the thick smog that surrounds the city are just a few of the issues teams visiting Azteca have to deal with. On top of that, Mexico fields a team that is currently playing well, especially at the striker position. Juan Carlos Osorio must choose between seven in-form wingers including Carlos Vela, Jesus “Tecatito” Corona, Giovani dos Santos, Hirving Lozano, Marco Fabian, Raul Jimenez and Javier Aquino.

Mexico could potentially earn a qualifying spot to Russia 2018 already with a win against the United States.

With that said, Osorio has decided to rest the injured Miguel Layun, Andres Guardado, and Rafael Marquez ahead of their Confederations Cup run which starts on June 18th.

The last meeting between these two teams was in November when Mexico beat the U.S. in Columbus 2-1; a game where Layun and Marquez scored the opening and winning goals.

The biggest opposition to the United States when they travel to Mexico is themselves. Azteca provides an intimidating atmosphere that players must be able to overcome and battle through to reach a result. Also, the added pressure of the clash being arguably the biggest soccer-rivalry in North America could potentially cause players to make silly mistakes due to nerves or excitement.

The United States have looked fairly good since Bruce Arena took charge, but they have relied quite a bit on young players like 18-year old Christian Pulisic to provide a spark and amp up an attack that at times can look sluggish. “We’re going to come out with a win there too,” said Pulisic to a Fox Soccer reporter after the United States win over Trinidad and Tobago on Thursday.

The young forward will have to remain mentally strong the entire game along with his teammates, and the United States will definitely need to start playing from minute one, as they have looked a bit sluggish during the first half of their last two games. If they can stay strong for the entire 90 minutes and keep their wits, they may have a chance at an unlikely result in Mexico. 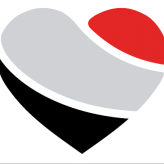