After a rather successful few days for the French contingent of the Champions League, Paris Saint-Germain and Monaco will return to domestic duties this weekend with a spring in their step.

Ligue 1 defenders Monaco—who picked up a fortuitous but respectable point away to RB Leipzig in UCL—will face Strasbourg at the Stade Louis II. Strasbourg are a team who have collected just four points from their opening five league encounters. That certainly presents an opportunity for the principality side to gobble up much needed maximum points.

Meanwhile, PSG’s incredible start to the Ligue 1 season will go under the microscope on Sunday as Lyon come to town. The capital club have dished out a couple of spankings already—including Tuesday’s thumping of Celtic in UCL—and lead France’s top flight by three points. However, third-place Lyon have also hit the ground running and will seek to upset the odds stacked against them.

It would be extremely difficult to pick out a more energised and more confident outfit in world football than PSG. The perfect start to their season faces a big challenge on Sunday at home to Lyon.

The deadly trio of £200 million star Neymar, Uruguayan Edinson Cavani and teenage sensation Kylian Mbappé will strike fear into the Lyon defence, who should be preparing for the worst.

Javier Pastore and Angel Di Maria will sit out with injury but Adrien Rabiot, who hasn’t trained recently, may still make the final squad. Marco Verratti is suspended.

Lyon have began the season in industrious fashion, remaining unbeaten and scoring 11 goals. They boast their own dangerous firepower in former Chelsea man Bertrand Traoré, Nabil Fekir and Mariano, all of whom have caused havoc already in Ligue 1.

Les Gones have no fresh injury concerns or suspensions.

This is PSG’s biggest test of the season thus far but despite this, home advantage coupled with their flawless form gives them the upper hand.

Monaco have stumbled in recent matches, losing heavily to Nice last weekend before the drab 1-1 draw at Leipzig. But they still lie second in the Ligue 1 standings after five games. No disrespect to Strasbourg, but there’s no better way for Monaco to rediscover their early season form than with a home tie against the side sitting 18th in the table.

A long eight hour trip awaits Strasbourg, who have won just once in the league. But they may fancy their chances if they can muster their confidence. Monaco were royally thrashed by Nice in their previous league encounter and have had less time to rest and recover. The defending champions will be under pressure to deliver.

On paper, this has ‘Monaco win’ written all over it. Falcao has been in terrific form, netting seven goals in the league and will seek to hurt the Strasbourg defence and add to that impressive total. 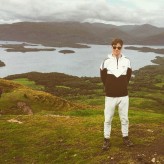