As the 12 group games between the 8 participating countries at the Confederations Cup in Russia has concluded, the knockout rounds have begun with Chile and Portugal clashing on Wednesday while Germany face Mexico on Thursday in the semi-finals.

While there were many admirable performances during the group stages, these are the players who caught the eye the most:

The Russian shot-stopper was unlucky not to have his excellence in between the sticks reciprocated at the other end, or else the hosts should be in the semis following his exploits.

Despite conceding 3 goals in 2 games (including that unlucky howler against Mexico), the Zenit Saint-Petersburg skipper made crucial saves to help keep the Russians in the games against Portugal and Mexico, but unfortunately they weren’t good enough in the end.

Not many fullbacks have been as impressive as the Bayern youngster, hence his inclusion in this lineup despite playing at the right of the defence.

Portugal will be without the services of the veteran defender against the Chileans after he got suspended, and it could well end their campaign.

The no-nonsense centre-back was a huge reason a slightly-more-than-average Euros 2016 winning side shipped just 2 goals in 3 games, and how the Fonte-Bruno Alves partnership will fare in the next game remains to be seen.

The Roma defender continues to prove why a host of Premier League clubs are after him with some great defensive displays in Russia so far.

Ronaldo hasn’t really been able to enjoy the Real Madrid-esque services he is accustomed to upfront, but in the Southampton defender, he has found someone who can come pretty close to replicating the level of productivity down the flanks that the Los Blancos normally offer.

The fullback has a goal to his name and has been a constant threat up and down the right flank in Russia.

In the Porto midfield enforcer, Mexico possesses a class act, and his 2 assists against the Russians couldn’t have come any better.

While Draxler leads the German contingent, it is the Liverpool midfielder that has been the heartbeat of the team, breaking and leading attacks at will.

His performances against Chile and Cameroon are why it could be hard to see him fail to make Liverpool’s starting XI next season.

If Chile make it to the finals, the Arsenal star without a doubt will walk away with the Player-of-the-Tournament prize given how important he’s been to his side.

A goal and an assist from him were crucial in ensuring the Copa America champions picked up points against Cameroon and Germany.

The young Arsenal-target was one of the brighter points about the unimpressive Russian side.

He hardly put the wrong foot forward as he took control of proceedings in the middle of the park, and much more can be expected of the CSKA Moscow ace at next year’s World Cup.

The young explosive winger is without doubt the best Cameroonian player at the tournament, and despite not registering an assist or a goal, his talents and skills can’t be underestimated.

With 2 goals, an assist and 2 shots rattling off the bar, his 3 Man-of-the-Match accolades have been well-deserving, and it’s widely expected he helps drag his side to unprecedented victory in the tournament. 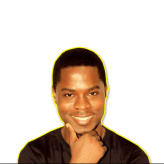