In the game against FC Augsburg on the eighth matchday, Niklas Süle sustained a cruciate ligament rupture and won’t be available until April 2020. The German centre-back had played every game in the Bundesliga in this season in the starting eleven and was Niko Kovač’s first choice in central defence.

Unfortunately, just a few days later Lucas Hernández also sustained an injury in the UEFA Champions League game vs Olympiacos Piraeus. Even though it’s not officially announced how long he’ll be out for, it will surely take a few weeks since he suffered a partial rupture of the intraarticular ligament in his right ankle.

However, both men will be unavailable for a considerable length of time and in the light of this, Kovač will have to look for another solution in the central defence. We will now take a look at what these injuries could mean for Bayern Munich.

The German centre-back participated in 50% of the Bundesliga games from the start since the preferred pair of Kovač in central defence is clearly Hernández and Süle. Besides these two and Boateng, the Bavarians have Benjamin Pavard as another alternative but has mainly featured at right-back.

In the upcoming weeks, we can expect to see Bayern Munich pair Pavard and Boateng together. The 31-year-old German isn’t currently at the same level as he once was two to three years ago. However, with more playing time and Kovač’s trust, we could see Boateng return to form and prove how important he can be for Bayern.

The Frenchman has played every single game in the Bundesliga and the UEFA Champions League this season. In six out of these 11 games, he was at right-back. The reason for that is that to allow Joshua Kimmich to play in central midfield. In the game against Piraeus, Kimmich had to play as a right-back since Pavard replaced Süle in central defence with Boateng on the bench.

When Hernández got injured, Boateng partnered up with Pavard in central defence. Now with both first choice central defenders out, the French world champion will play at centre-back for the foreseeable future pushing Kimmich to right-back.

Considering this, the 31-year-old clearly has the experience and the quality to play as a centre-back. It is highly likely that Pavard will play in every game as a centre-back, but Kovač will have to decide between Boateng and Martínez for the place next to the Frenchman. Maybe he’ll try out every combination to find out which one suits Bayern the most. 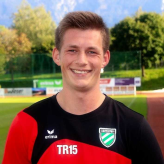