Why have Bayern suffered such a poor start in 2017?

With a succession of poor performances, Bayern have endured a stumbling start to the new season. The German champions were expected to push on, but results forced the board’s hand to sack Carlo Ancelotti as manager.

The Bavarians have not exactly hit a crisis mode of sorts, but there are alarming signs the club are not as untouchable as once thought. Naturally, this raises many concerns and issues that need to be sorted fast.

By their own standards, “FC Hollywood’s” summer transfer window was relatively quiet. There were wise signings completed months prior to the window opening in the form of Niklas Süle and Sebastian Rudy. Both shined in Hoffenheim’s impressive fourth-place finish last year.

However, the massive voids left by legends Philipp Lahm and Xabi Alonso left much to be desired. Both players brought experience and stability. Instead of signing a natural right-back, Joshua Kimmich was opted as Lahm’s successor. Corentin Tolisso joined in the midfield.

Robert Lewandowski was vocal in openly criticising the club’s restrained transfer business, claiming they lacked quality to compete. This came weeks after Bayern made Tolisso the most expensive transfer in Bundesliga history.

Despite domestic success, Bayern were bested by eventual winners Real Madrid in the Champions League. This was then followed by a home loss to Borussia Dortmund in the DFB-Pokal. Both results left many to think there was still a way to go to.

The loan signing of James Rodríguez appeared to paper over the cracks of a nightmare pre-season, featuring heavy losses to AC Milan and Liverpool.

Indeed, Arsenal winger Alexis Sánchez was even linked several times, but his wage proved to be too big an obstacle to proceed. It seemed as if the Bayern board were almost hubristic with their summer dealings and the squad at hand. The summer window was very much an opportunity missed to target the key areas with top, proven quality.

A year of ineffective tactics

During the treble-winning season of 2012/13, Bayern were undeniably the best side in the world, and the team will be rightly remembered as one of the best in the modern age. The intelligent man-marking pressing of Jupp Heynckes ensnared many an opponent on all stages. That side even defeated the mighty Barcelona 7:0 on aggregate. Though not as successful, Pep Guardiola also proved he was abundantly competent at outwitting the opponent.

After Pep’s frequent experimentations, Carlo Ancelotti brought a consistent 4-3-3 to town. While this shakeup had benefits last season, it has nose-dived in the opening to the new season.

While pre-season was nothing to brag about, tactical problems reared their head yet again. In the second Bundesliga game of the season, Bayern overplayed and found chances hard to come by against Werder Bremen’s dogged defending. The decision to exclude Thomas Müller was evident with the lack of creativity.

The case was similar in the opening Champions League tie against Anderlecht. A routine 3:0 win was flattering to say the least, as glaring issues were present even with the Belgian champions receiving an early red card. Most notably, the midfield pivot of Tolisso and Thiago provided little screening for the defence. In the end, Bayern’s individual quality proved the difference against a tiring Anderlecht side.

The loss to Hoffenheim represented the sum of all fears. Bayern were exposed as tactically lagging behind other sides. For the third game in a row, Julian Nagelsmann outsmarted Ancelotti in a meeting of the minds. Bayern were too slow to react and transition from defence to attack, allowing Hoffenheim to regroup at the back. As such, breaking down the opposition became a nuisance.

Easily the most decisive factor to Ancelotti’s sacking came from losing the dressing room. The Italian is known to have a reputable approach to appeasing players.
It didn’t take long for Bayern’s two left-wingers to feel the heat. Though no stranger to injuries, both Douglas Costa and Franck Ribéry were both unhappy with their lack of minutes. The latter was favoured, while the Brazilian was subsequently sold to Juventus.

The Renato Sanches saga very much epitomised the lack of cohesion rife within the squad. Big things were expected of the 2016 Golden Boy award, yet he amassed just 618 minutes of Bundesliga football. Most of those coming in meaningless, ineffective appearances. While Sanches didn’t fully immerse himself in the German way of life in the same way that Tolisso has, his exile to Swansea speaks volumes of the mismanagement at play.

Bayern president Uli Hoeneß spoke out on the controversy of the 58-year-old being relieved of his duties. Quoted in Westfalenpost, Hoeneß stated “There were five players against Ancelotti. It was impossible to get out of that.” Though the players’ names were unspecified, three of those thought to have expressed concerns were Thomas Müller, Robert Lewandowski and Arjen Robben.

Müller’s career at Bayern had been stagnating for years, having been played out of position. The German international was often left frustrated by his ‘mistreatment’ and exclusion from the squad.

More recently, Robben showed his hand following the drubbing to Paris Saint-Germain on Wednesday night. The Dutchman was benched and seemed to dodge the question asking if players were behind the (then) manager: “I will not answer that. It was a painful defeat, we can talk about this. When it is a game as big as this, you never want to lose.” 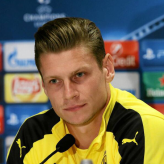