In recent years, the Bundesliga has not disappointed when it comes to potential stars. We’ve seen the likes of Julian Draxler,  Joshua Kimmich and Ousmane Dembélé rise to the level of our ever-growing expectations and it doesn’t look like this trend will end any time soon. The youth academies and U17 squads of Germany are some of the best in the world; not only because of their facilities, but also because of the stars they’ve produced such as Germany captain, Manuel Neuer and ex captain, Bastian Schweinsteiger. It’s no surprise then that the Bundesliga has the most homegrown players (around 51%) in Europe.

High standards have been set, but can the next Bundesliga generation fill their predecessors’ boots? Let’s take a look at these three potential stars… Star striker Jann-Fiete Arp is just 17 years old and has recently progressed from Hamburg’s U17 side to their U19s. Arp has committed his future to Germany by signing a contract through to 2019 and—despite overtures from Chelsea—has announced that he’d rather remain at home than move abroad for now. Arp has made 14 appearances wearing the number 9 shirt for Germany’s U17 squad and netted 13 goals (including two hat-tricks). With his idol being Harry Kane, it will be interesting to see whether his style of play matches Kane’s and whether goal-scoring records can be broken in the future. Definitely a star in the making and one to watch out for during the FIFA U17s World Cup in October. 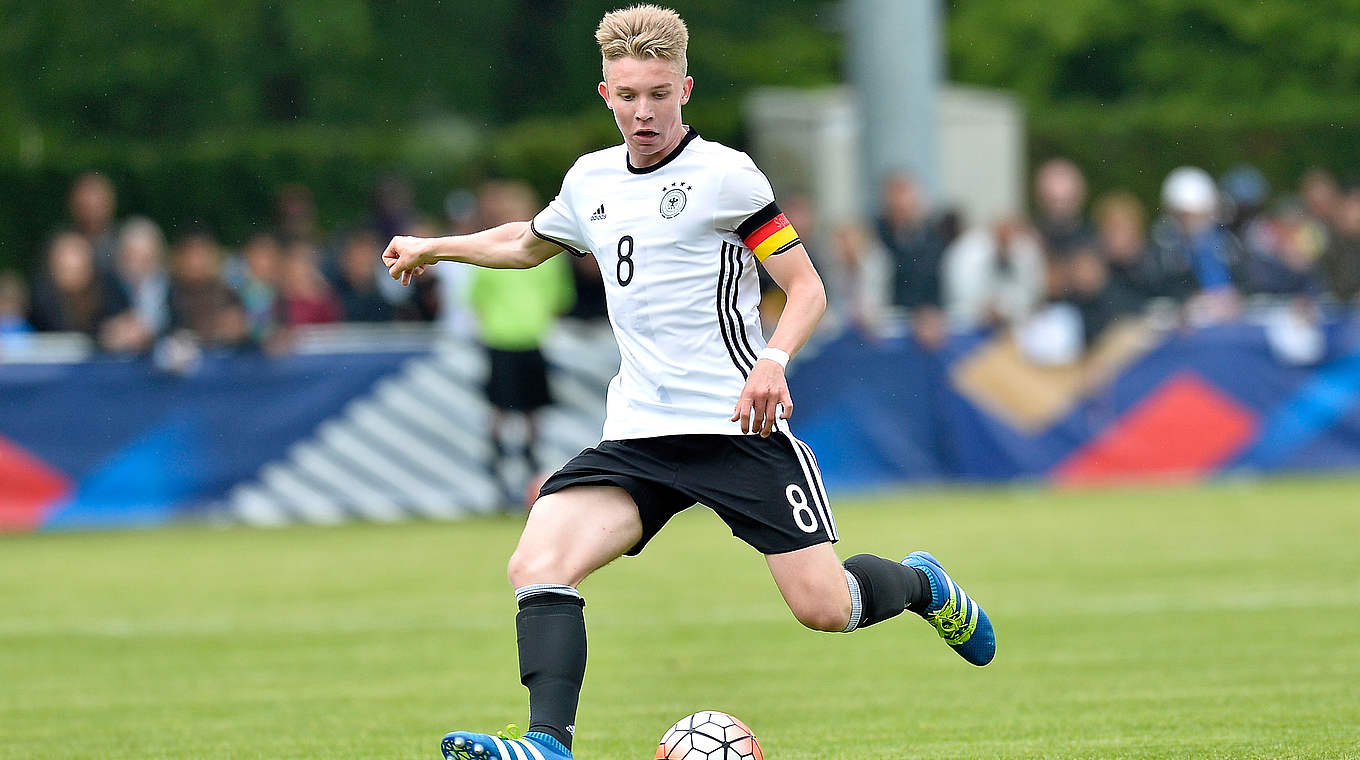 Erik Majetschak is another of the Bundesliga’s countless young stars. Manchester City are reportedly eyeing-up the talented 17-year-old central midfielder, as his contract runs out in 2018. But what makes Majetschak better than the rest? The RB Leipzig teenager has netted 17 goals in 46 appearances for the U17s squad; on 4 occasions scoring 2 per game. His style of play is said to be very similar to that of Ivan Rakitic. He has the ability to play anywhere in midfield in either defensive, attacking or central roles. Majetschak is a playmaker with great tactical knowledge for his age, he can take set pieces and is also a natural leader. All in all a good start on the way to becoming the next Toni Kroos.

At just 12-years-old—not a typo—this astonishing young star has already made headlines in the world of sport. He currently plays for Dortmund’s U17 squad scoring 13 goals in 5 games for the side. Just a few days ago, made his debut for Germany’s U16 side. With 2 goals in 2 games for his national team, it’s looking like we’ve only seen a small part of Moukoko’s potential. Unfortunately, under German Football Association rules, Bundesliga fans must wait another 5 years until he can enter league play. Nevertheless, I think we’ll be talking about this boy for many years to come. Some have doubted his true age, but there certainly aren’t any doubts about his potential.